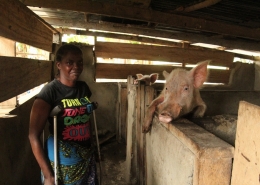 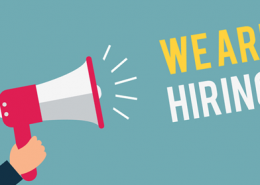 AIFO, Liberia is a professional non-profit health and development organization that enables opportunities for persons affected by leprosy, persons with disabilities, women, children and members of poor and vulnerable groups, through focused healthcare, education and economic empowerment initiatives in Liberia with the aim of providing a better quality of life and creating large scale positive change.

Mental HealthWhile it is well recognized that most people with disabilities do not have mental health problems, as a population group their risk of negative mental health outcomes is greater than for the general population (Emerson et al. 2008; Honey et al. in press; Miauton et al.2003; Wolman et al. 1994).In Liberia, there is only one practicing psychiatrist in the country and limited access to psychiatric medicines. More to that, the psychological impact of the conflict including the recent Ebola epidemic continues to cause tremendous suffering. Approximately 40 precent of Liberia’s 4.2 million people experience post-traumatic stress disorder. AIFO-Liberia uses the Community Based Rehabilitation Approach to deal with mental health issues at the level of the community. Activities includes, peer support groups, counselling, provision of psychotropic drugs, formation of self-help groups of persons with mental illness and or users groups, advancing advocacy efforts on the implementation of the Mental Health Policy of Liberia.

Inclusive Education ProgramUnder the Leprosy program, efforts are been made to ensure the inclusion and social participation of former ex-leprosy children as well as children with disabilities and children whose parents suffers from leprosy by enrolling them in the regular school system. These marginalized groups face significant hurdles in accessing education in Liberia and a substantial number of them receive no education at all. While government boasts of free and compulsory primary education for children, there is a large gap for children with disabilities. In this regard, AIFO-Liberia CBR scholarship scheme is geared towards igniting the consciousness of all stakeholders to include  local authorities, ministry of education officers, school authorities, students in general and the community in ensuring that children living with all forms of disabilities  form part of the national development process.This, to certain extent have been achieved in the operational areas of AIFO Liberia over the past years even though it is acknowledged that more needs to be done.In an important step, the Liberian government fully ratified the Convention on the Rights of Persons with Disabilities (CRPD) on July 26, 2012, which obliges it to develop an inclusive education system in which the general education system is fully accessible to children with disabilities, and in which all children benefit from learning and playing together. AIFO Liberia as a partner to the government of Liberia is supporting in a small way the realities of this dream as there are more children living with disabilities in Liberia who still do not have the means or avenue created to attend regular school. Research has shown that students with and without disabilities achieve better academic results in inclusive environments, when given adequate support. (Courtesy of Human Rights Watch).

Disability and LeprosyAbout 15% of the world’s population has some form of disability. Disability is a difficulty in functioning at the body, person, or societal levels, in one or more life domains, as experienced by an individual with a health condition in interaction with contextual factors. Several dimensions of disability are recognized in the International Classification of Functioning, Disability and Health (ICF): body structure and function (and impairment thereof), activity (and activity restrictions) and participation (and participation restrictions). The classification also recognizes the role of physical and social environmental factors in affecting disability outcomes. The ICF shifts the focus from the cause of disability to its effect, thereby emphasizing the role of the environment (physical, cultural, social, political) rather than focusing on disability as a ‘medical’ or ‘biological’ dysfunction .AIFO Liberia uses the CBR approach to deal with disability using a bottom to top approach thereby promoting social cohesion and integration of persons with disabilities in Liberia.Leprosy is an important cause of preventable disability. Physical impairment associated with leprosy is usually secondary to nerve damage resulting from the chronic granulomatous inflammation due to Mycobacterium leprae. Impairments may give rise to disabilities, such as limitations of activities involving the use of hands, feet and eyes, and restrictions in social participation. The World HealthOrganization (WHO) classifies leprosy-related impairment into three grades: Grade 0 – no impairment, Grade 1 – loss of sensation in the hand or foot, and Grade 2 – visible impairment.Multi-drug treatment (MDT) can cure leprosy, and, if instituted early, can prevent disability. However, leprosy is still often diagnosed too late, when permanent impairment has already occurred. Even after completion of treatment, a significant proportion of patients sustain disability from nerve damage, requiring global leprosy burden show that 5 million new cases would arise between continued (self-) care to limit further secondary damage.Future projections of the 2000 and 2020, and that in 2020 there would be an estimated 1 million people with WHO grade 2 disability.In Liberia, Leprosy continues to be a public health problem in Liberia. WHO set an elimination target prevalence rate of less than 1 case in 10 000. Liberia had a prevalence rate of 3.61 cases per 10 000 and an incidence rate of 11.8 cases per 100 000 in 2009.The trend of cases is steadily increasing with 410, 414 and 415 cases in 2007, 2008 and 2009 (National Leprosy and Tuberculosis Control Programme, 2009).AIFO-Liberia is supported the Leprosy Division Unit at the Ministry of Health in addressing the increased trend of leprosy in the country through its national strategic leprosy plan. The plan seeks to eliminate leprosy in the whole of Liberia by 2020. Activities focused on Training of Health Care Workers, Referral of Patients and reintegration of former leprosy patients in the social and economic life of the community.

Project Objective:
Contribute to reinforce the role of Disabled People Organizations (DPOs) in the socioeconomic development processes and in the fulfillment of PWDs rights.

Scope of Project:
• Diagnostic study of NUOD and (9) DPOs’ institutional and management capacities
• Baseline study of Liberian business and economic landscape for social inclusiveness
• Emancipatory research study for the inclusion of mental health users in the processes of economic empowerment
• Promotion of PWDs rights.
• Empowerment of PWDs through inclusive business start-up.
• Exchange of best practices with other African countries through regional bodies.
• National consultations with stakeholders and policy makers.
• County consultations with stakeholders and policy makers.
• Communication programs on the rights of PWDs through media outlets.
• Mental Health app development to building knowledge and capacity of users and their families